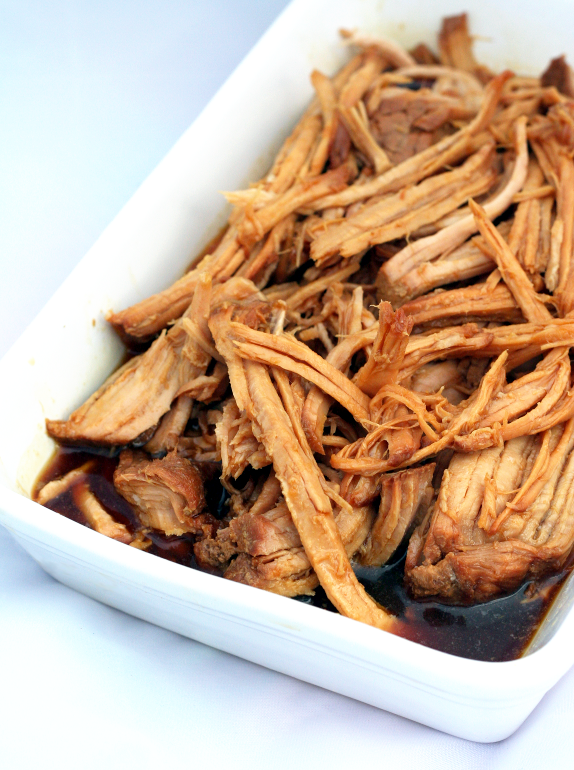 Pulled pork is an absolutely melt-in-the-mouth dish originating in the United States, where it is usually prepared by the barbecue long-and-slow method of cooking.  There are an almost infinite number of ways to prepare the meat – a quick search reveals over seven million hits – and that is just for recipes online, to say nothing of the numerous very jealously guarded secret recipes hoarded by barbecue experts. Some enthusiasts prefer to use a dry spice rub and then let the joint sit for 24 hours, other might swear by a tangy, vinegar-based marinade. The end result is meat of melting tenderness that can literally be pulled apart with a spoon.

Although I’ve experimented with a number of  different methods, this particular recipe is my absolute favourite because of its simplicity and the outstanding flavour of the finished dish. As if that weren’t recommendation enough, it’s an absolute breeze to prepare. The 12 hour cooking time is the only drawback, but since 95% of that time its just cooking away quite happily by itself without need for any supervision, its not exactly a hardship.

Pulled pork uses the relatively cheap shoulder cut of pork. If there’s a special offer on, I try and buy 2 or 3 1kg joints and let them all cook at the same time. There is a little work involved once the meat is cooked, but the result is 5 or 6 family meals for little more than 30-40 minutes of my time.

Start this dish the night before you’re planning to serve it.

Variation: Use a sweet cider, ginger beer, apple juice or lemonade. If you don’t have enough gravy, barbecue sauce makes for a tangy and equally delicious alternative. 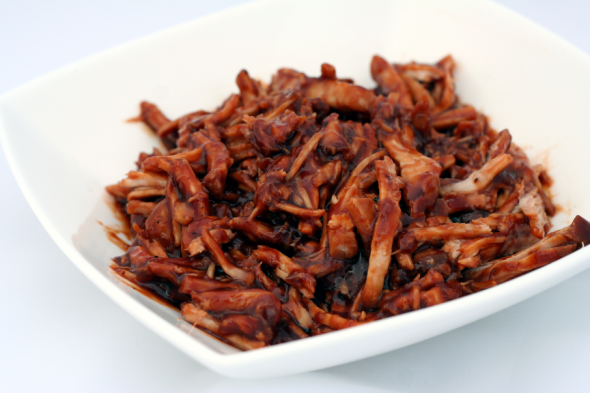