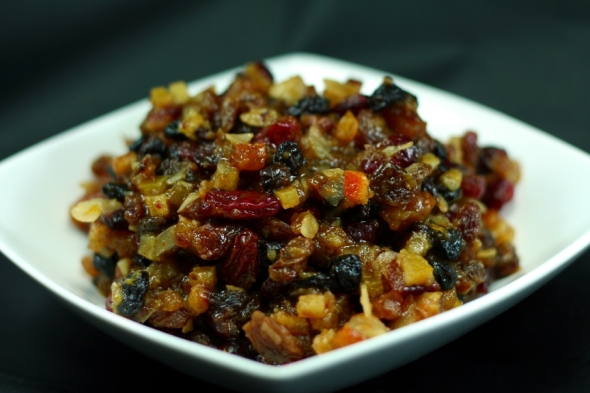 Last week, I was flicking through one of my old recipe books (bit of a fib there, because I was actually reading a PDF of a 237 year old book, but ‘scrolling through page scans’ doesn’t really conjure up the same image), when I came upon a recipe for Mince Pies for Lent.

Anyhoo, back to the more relevant thought – no added sugar or suet. Nowadays, we traditionally make mincemeat far in advance of the festive season, so that it can mature in flavour. Both the sugar and the suet act as preservative and so when Christmas rolls around, you’ve got a jar of deliciously spicy sweetmeat and not a fizzing, fermenting jar of goo.

The downside of course is having to be organised enough to remember to make it far enough in advance, making enough for those unexpected baking moments (such as surprise visitors, or a last minute school bake sale contribution), and not making too much so you have storage problems. Quite apart from it not being suitable for either vegetarians or vegans.

Here, hopefully, is a solution. No suet means it’s vegetarian and vegan. No added sugar means its more suited to people needing to control their sugar intake, for whatever reason – although there IS sugar in the candied peel, so this isn’t quite a sugar-free recipe. Best of all it doesn’t need maturing, it’s literally mix and go.

The mixture is gently warmed and the fruits absorb the sherry, brandy and fruit juices. The finely-chopped dates break down and bind everything together. The result is packed full of flavour and with a much cleaner and fresher taste. This mix makes just under 500g of ready-to-use mincemeat.

NB This will keep for up to a week in the fridge, but no longer. Cooked as mince pies and frozen – up to 3 months.

[1] If you’ve made some candied peel yourself, then these are pretty straightforward. If not, then use 75g of what you have/can get. Buy whole peel pieces if possible – they retain their flavour much better than chopped – and cut them just before use.

[2] As a variation, you might like to include some chopped, fresh apple. However, please bear in mind that the juices in the apple will be released in cooking and might create SBIs [3].

[3] Soggy Bottom Issues. Which, we all know from the Bake Off, are to be avoided at all costs!