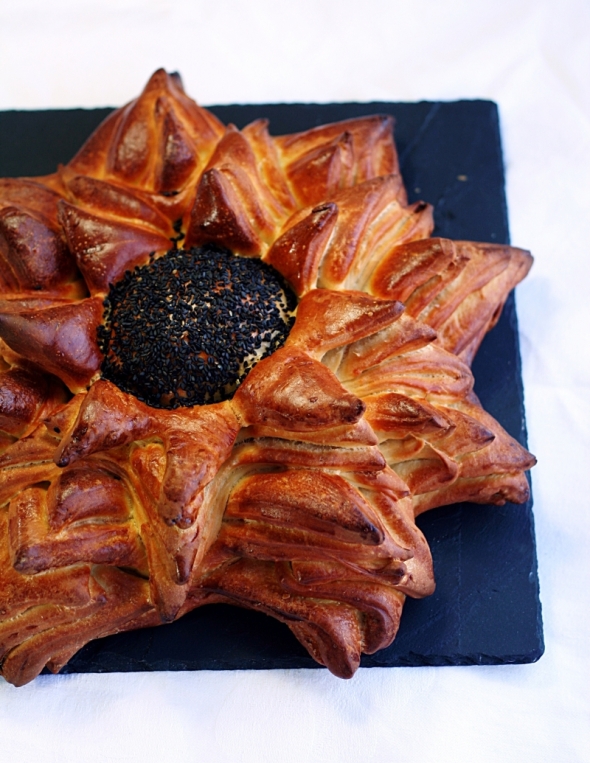 Very short and sweet this week!

This week I’ve got some instructions for you to make a showstopper of a loaf. There is a recipe, but really, you could make this from any bread dough you fancy.

In terms of variations, this works fabulously as a pull-apart bread, so layering in some additional flavourings such as cheese, butter,  garlic, onions (spring and/or caramelised), chili and herbs when brushing the dough with the olive oil can turn it into a great accompaniment as well as an eye-catching table centrepiece.