Who doesn’t love soup? Especially during the colder months. Sure, some of them, thick and hearty after hours of gentle simmering, can be a meal in a bowl.

But not all of them need take such extended preparation. Leek and potato soup is wonderfully comforting on a cold day, and only takes about 30 minutes to make from scratch, using simple ingredients that take little time to prepare. This one recipe can also be served in a variety of ways depending on whether you want a quick warming mug for lunch, or serve a striking and surprisingly economical special occasion starter.

Texture: Use of floury potatoes means this soup will puree to a wonderfully smooth and velvety texture. Nevertheless, I do like to have a little texture for visual as well as gustatory variety, so I hold back some of the cooked, cubed potato to add as a garnish.

Flavour: The soup is only simmered for a brief 20 minutes and this mellows the flavour of the leek. To lift the flavour, I like to briefly cook a little chopped leek in some butter and then either stir into the whole just before serving, or just spoon over the top of the cubed potatoes.

Visual Appeal: The photographs don’t really reflect it, but this soup is a beautifully pale green colour. It really makes the buttered leeks (if you’re using them) pop. If you aren’t inclined to ‘faff’ buttering some leeks, you could always snip a few dark green chives into the bowls to serve. 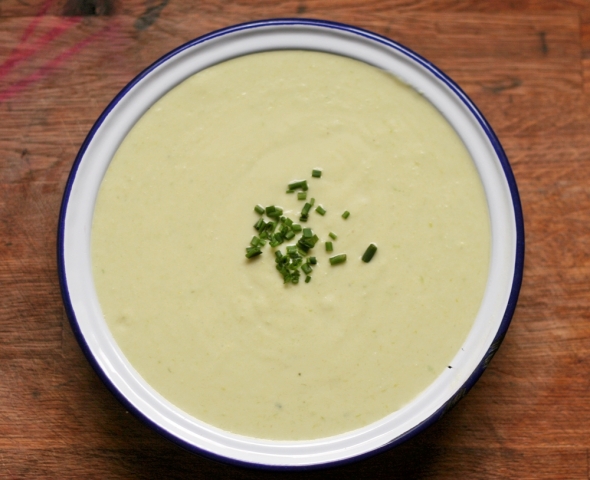 My daughter recently declared this her favourite soup, even ahead of tomato soup. She likes it best with a melty cheese toastie cut into fingers to dip in. This is her helpfully holding a spoonful of delicious soup garnished with potato cubes and buttered leeks. Unfortunately, what she’s not so keen on is any of the things I thought added so much to the presentation, i.e. the aforementioned buttered leeks and potato cubes. So after this picture was taken, I just put everything back into the blender and whizzed it smooth and she was happy. The buttered leeks still add their pop of flavour, just with none of that pesky texture.

Tomato Soup and a Toasted Sandwich 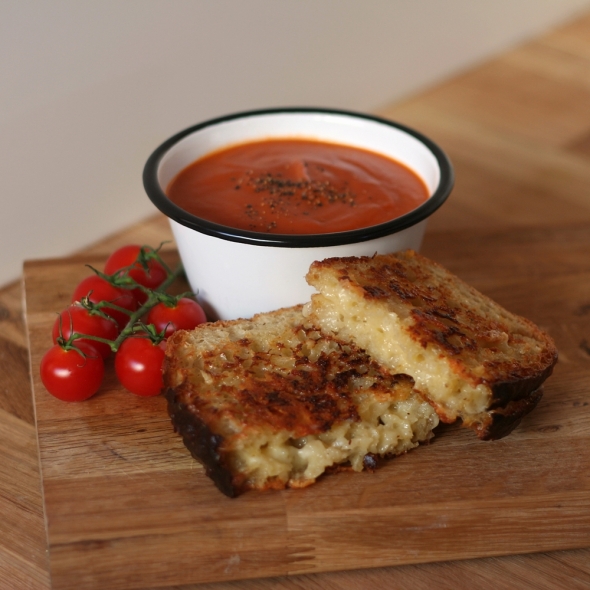 Simplicity is the order of the day with today’s post – the ultimate comfort food of tomato soup and a toasted sandwich. But just because it is simple, doesn’t mean there should be any compromise on flavour, and these recipes have maximum flavour with minimum fuss. Not as minimum as opening a tin, I grant you, but for just five active minutes of your time, this soup can be supped in just under an hour and is so simple, after the first time you won’t need to refer to the recipe ever again.

But do keep coming back to the blog, because I’d miss you otherwise!

This soup is extremely low in fat, gluten-free and vegetarian/vegan.

Tomato Soup and Oatcakes – on a less gloomy day than the top photo!

Regular listeners will recall that over the winter I was without my oven, which included the grill I used for making toast. Yes, my kitchen is so small, I can’t afford to sacrifice the counter space for a toaster. So I used this method to make toast in a large non-stick pan, which makes delicious and perfect toast if you are prepared to wait the 10 minutes it takes to brown.

More usually, I use this method for toasted sandwiches because kitchen….small….no counter space…..etc, etc. but also because the toasted sandwiches it make are so much nicer than the ones I see made elsewhere AND it gives me a chance to have a bit of a rant, so here goes.

The good news is, you don’t have to suffer any of the above with my patent-pending, counter-space-saving, practically-foolproof method of toasty sammich creation! The outsides of the sandwich are crisp, browned and free from grease and the insides are warm and melty. And so without further ado, on with the method! 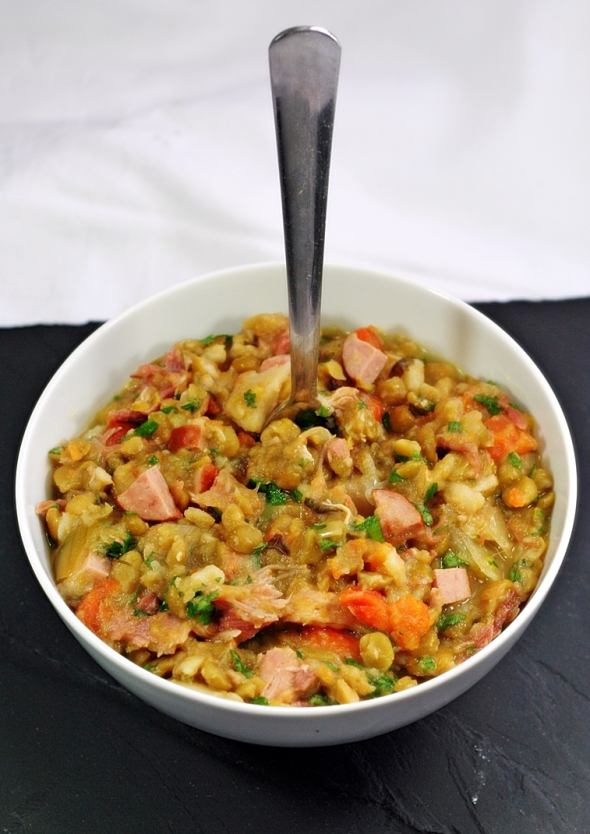 This is a fantastic winter warmer of a soup – I say soup, but it’s more accurately a meal in a bowl, with its thick, hearty mix of dried green peas, vegetables and flavourful meats. It is the sign of a good soup if your spoon can stand upright in your bowl!

In Friesland, the northern region of The Netherlands where my husband’s family come from, there is a marathon speed-skating race called The Elfstedentocht . It runs for approximately 200 kilometers in a huge circle around the eleven cities of the region. Because, for safety reasons, the ice needs to be of a minimum thickness for the race to proceed, sometimes there is as little as 48 hours notice for both competitors and spectators, although there is a frenzy of excitement for weeks as temperatures fall and the possibility of the race being staged rises.

Most of the country stay at home to watch the race, but the diehard enthusiasts flock to the start/finish town of Leeuwarden and all along the route to cheer on the skaters. To keep themselves warm during the race, spectators eat Snert or Dutch Pea Soup.

You need to start at least the day before you want to serve the soup with soaking the peas. The rest of the cooking can be completed on the following day, but this soup improves with keeping, so starting it even earlier is not a problem. This makes a large quantity of soup, easily enough for 8-10 people, but it freezes well.

I’ve adapted this recipe to ingredients available in the UK. If you’re planning any outdoor activities over the holiday period, then a flask of this soup will be a fantastic addition to the day.