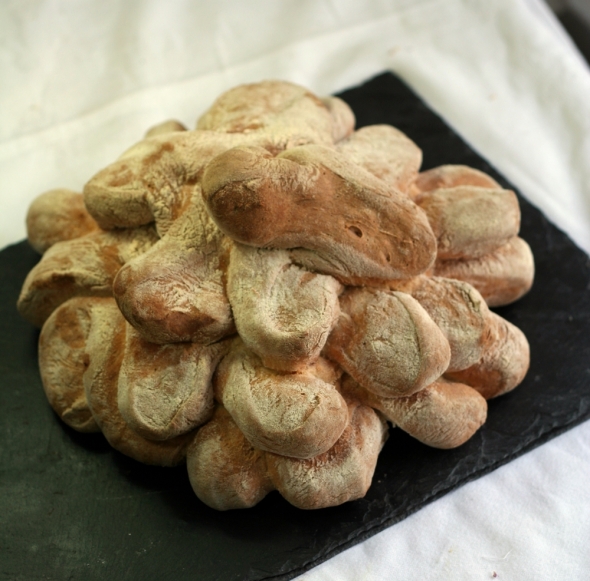 And welcome to the second Great British Bake Off themed post. This week on the show it’s Bread Week, and so I’ve rustled up a little 18th century loaf for you to try, if you fancy baking along with the series this year.

I found this recipe in a French book on the skills of the artisan, specifically “Description et détails des arts du meunier: du vermicelier et du boulenger”, published in 1767 and written by Paul-Jacques Malouin regarding the skills of the miller, the pasta maker and the baker. If you’re wanting to dust off your rusty school-learned French, there’s a free e-book available for download here.

Helpfully, Monsieur Malouin included some illustrative engravings in his book,  with notes on the various utensils and accoutrements of the trade, as well as identifying different loaves.

Some, like the loaf above, were to be enjoyed at specific meals, and the loaf here was known as type of soup bread – it’s special shape making it easy to tear off pieces during the meal. It was called artichoke bread, for its resemblance, albeit somewhat stylised, to a globe artichoke.

The illustration for the engraving is a tad small, but it gives the general idea of shape, if not size. An additional detail is that Monsieur Malouin suggests this bread be the last of a series of four breads that could be made from the one batch of dough. In order to retain it’s shape, the dough for this loaf needs to be rather stiff, ideal for making out of the trimmings and scraping of other, more refined, loaves.

I probably added a little too much liquid for the loaf in the photograph, as the ‘leaves’ have sagged somewhat. A short (3 minute) video clip of a real French artian baker, Monsier Jaques Mahou, forming artichoke loaves is available here, alas, we do not get to see them emerge from the oven. Edit:  Many thanks to Karan (see comments below) who pointed out that we CAN see cooked versions of this, and Monsieur Mahou’s other artisan breads emerging from the oven HERE

I’ve just used my standard white bread recipe, with the one difference of making the liquid half milk and half water. Using milk makes for a softer crust, so mix it with the water how you like. If you prefer an extremely crusty loaf, omit it altogether, or for a super-soft crust, use all milk or even cream. 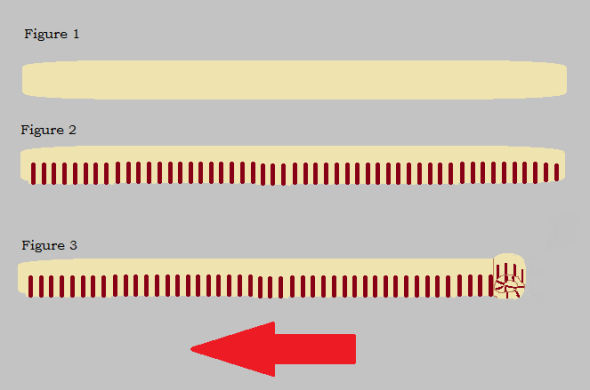 Serving suggestion: When you’re happy with the technique, shake things up a little by using differently-flavoured doughs: my Herb and Walnut springs to mind. And don’t think you’re limited to eating it with soup – a flavoured bread would be fantastic with some big, robustly-flavoured dips! Have fun! 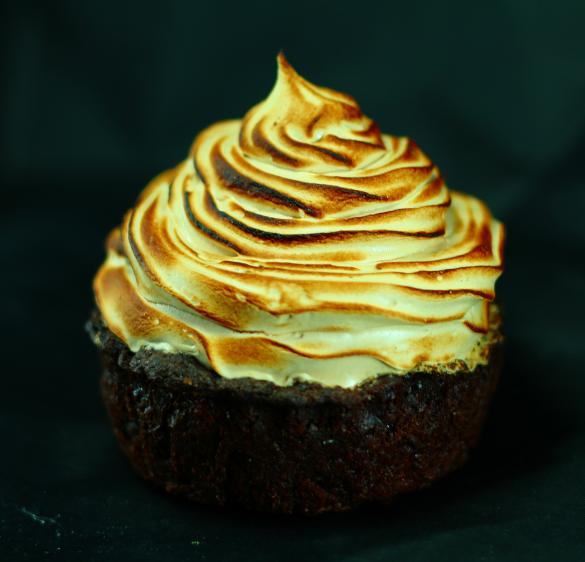 Cor! It’s been a while since I made a post – apologies for that, but it’s been a bit hectic since the final of The Great British Bake Off aired.

Now I know this is still a Bake Off recipe, but I wanted to make it a blog post just to fill in some background on how I put the recipe together. I did actually go through the reasoning behind the recipe on camera, but obviously it never made it into the edit. To me, at least, it therefore seemed like I’d just given a pie a bit of a poncy name for no real reason. So for those interested, here is the background and how I put this dessert together. Feel free to skip down to the recipe.

Still here? Awesome! Ok, so the recipe request for the Week 5 Showstopper Challenger was for: A Unique Meringue Pie. The guidelines were very specific in two respects:

Now when I think of a meringue pie, I naturally think of lemon meringue pie – and it just reminds me of a bright, sunny day: the circle of yellow like the sun, the mounds of fluffy white meringue clouds. So I thought it would be fun to make something that was a contrast – involving dark and light, very Ying/Yang. Then I thought about it a bit more and decided it wasn’t going to work – Ying Yang Meringue? Please.

So I crossed over to the Dark Side (Luke I am your father) and The Midnight Meringue was born!

Dark chocolate pastry, rich mocha filling and a dark meringue made with…..well, it went through several revisions, including (as some of you might remember) right down to the wire on the day itself! Treacle meringue, molasses meringue, coffee meringue – but on the day, brown sugar meringue won out.

I also decided to ‘assemble’ rather than bake the meringue, reasoning that less could go wrong that way – I could concentrate on each component individually and not have to worry about something over-cooking. The final dish consisted of a cooked Italian meringue made with brown sugar, a thick and rich custard filling flavoured with coffee and dark chocolate and a blind baked chocolate pastry case.

The meringue was piped in a huge swirl and finished off with a few blasts of the blowtorch to toast the edges.

The meringue was a little softer than the standard meringue topping because of the brown sugar, but I still think it was the right choice and really made the pie stand out.

This recipe is for a single large pie, but you could just as easily bake mini pastry shells and create individually-sized pies for a special occasion – and would probably be less stressful than worrying about one big pie. The fact that at least 2 of the components can be made in advance just makes it that much easier.

[1] This quantity makes enough meringue to cover a single large meringue pie. If you want an awe-inducing mountain of meringue like the picture (although I feel obliged to point out that the picture is actually of a mini, 8cm pie), you might want to make double the quantity. If so, then I would suggest making two batches, because a single batch fills a standard mixing bowl. 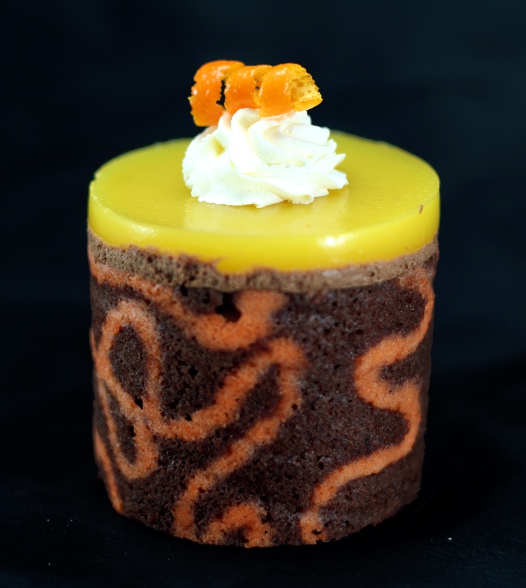 Semi-final week on The Great British Bake Off, and the Signature Bake for Round 1 is a layered sponge and mousse cake.

My original recipe is listed on the BBC Food website, which was the version from the show and which was completed within 2 hours.

This version varies slightly in that, without the time-pressures of competition, I have suggested a gelatine-set orange gelee for the top. This can look especially impressive as it means that the gelee stands proud of the surface of the cake, as if by magic.

The instructions below are for a single, large mousse cake. The same quantity will also make 12 mini versions like the one pictured above, which stands about 6cm high. Instead of teeny tiny springform pans (I’m not even sure they make them that small), I used the ‘improvised baking rings’ (made from tinned peas tins) mentioned earlier in the Muffins post. 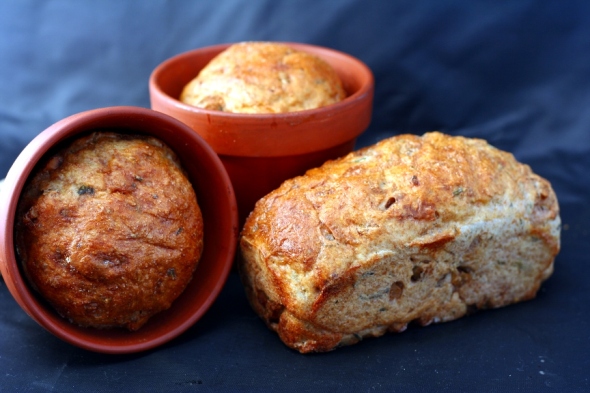 Oooh, I’m getting all behind like a cow’s tail, as Mother used to say! Still says, actually. I was wanting to do my macaroons to show that they weren’t ALL disasters, then there’s the chicken pie and the meringue pie from last week too – and it’s only a few days until Program 6 of The Great British Bake Off and cheesecake/roulade/croquembouche!

In the showstopper challenge for Bread Week on The Great British Bake Off, we had to bake 2 different types of rolls, and a basket to display them in. I chose sweet Chocolate and Chilli rolls and these savoury Herb and Walnut.

I also chose to bake some of them in flower pots, having read that Eliza Acton used to bake in ‘earthen pans’ instead of the loaf tins we know today. There’s nothing special about the pots – they’re regular clay flower pots from the local garden centre. HOWEVER – they must be seasoned before use – and not seasoned as in salt and pepper – seasoned as in treated so that the bread dough won’t stick to the insides.

How to season flower pots for baking.

The recipe itself is another mix of flours and flavours. Spelt flour can be tricky to work with due to the low gluten, which is why I’ve teamed it with some rye and some white flour. Stoneground wholemeal flour just made the dough way too heavy, so I lightened things up by using just brown bread flour. The herbs really do pack a delicious punch when fresh, but dried the intensity of flavour just isn’t there. Go with what you can get, though. If you like a really nutty flavour, toast the chopped walnuts in a dry pan for 5-10 minutes.

Herb and walnut flowerpot rolls – Makes 8-12, depending on size